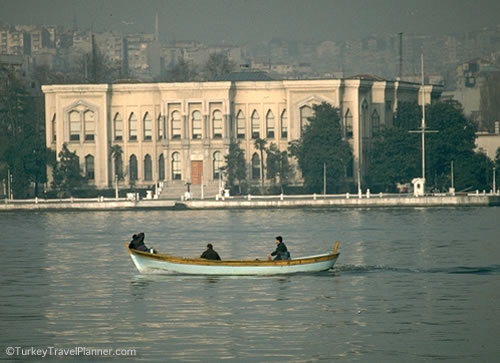 The Kamondos were a wealthy Jewish family in 19th-century Istanbul, prospering in commerce and banking.

The Kamondo mansion on the Golden Horn still bears testimony to their hard work and good connections.

When the patriarch of the family died in the late 19th century, the sons who had set up European branches of the family business stayed in Europe. The Nissim de Camondo Mansion in Paris is now a museum.

As for the Istanbul Kamondo Mansion, it is now a regional naval headquarters.

In this photo it’s easy to imagine it in its 19th-century Ottoman splendor, with boats passing by on their way between the shores of the Golden Horn. 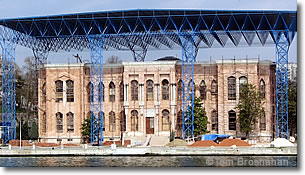 In 2012 the mansions was undergoing restoration, I hope to be a museum or other public space.