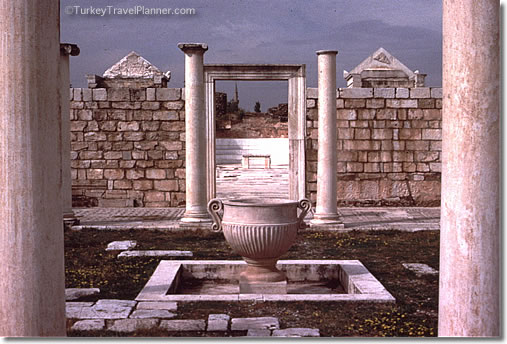 The richly-decorated marble synagogue at Sardis, east of Izmir, Aegean Turkey, was among the city’s most prominent buildings. Along the street on its northern side are the foundations of shops owned by numerous Jewishmerchants.

Many cities in Roman Asia Minor (Anatolia) boasted thriving Jewish communities in the early years of the Christian era, which is why St Paul—himself a native of Tarsus in Asia Minor—made his famous missionary trips in Anatolia.

Buried beneath the dust of the ages, the Sardis synagogue was restored in the 1960s and ’70s with substantial assistance from private American philanthropists.