Here are my specific Turkish road warrior driving tips culled from my tens of thousands of kilometers driven in Turkey over 50 years.

Bus and large-truck drivers are mostly experienced professionals who will cause you few problems, except that on two-lane roads you may have to overtake them frequently.

Auto drivers vary from courteous, highly-skilled, experienced, aware drivers to those at the far, far end of the scale: reckless, inattentive, unskilled, emotional. Most Turkish drivers, I’m happy to admit, are not bad: some skill, some courtesy, but driving habits are most probably different (perhaps quite different) from those you’re used to at home.

Turkish drivers tend to ignore marked lanes. They wander across several lanes, usually without using turn signals. Many are situationally aware and will move into a lane to allow you to overtake them, but don’t depend on it. Flash your headlights and/or sound your horn if you think they don’t see you.

Expect very slow vehicles (cars, farm tractors, etc.) as well as vehicles going at very high speed. The high-speed drivers may come on you suddenly from behind, flashing their headlights and following you far too closely. These are signals for you to move out of their way, which you should do. They are accidents going somewhere to happen, so let them go to their fate. Don’t interfere with Darwinian natural selection.

Center-line markings do not always make sense: a broken line (overtaking zone) may or may not give you enough time to pass another vehicle, depending on the other vehicle’s speed. Use good judgement rather than relying on the markings.

Sometimes they’re observed, sometimes they’re ignored—and you have ti figure out which. If locals ignore a stop sign and you stop at it, you’re liable to be hit from the rear. More…

Traffic signals at intersections are often placed so that it is difficult for the first cars stopped at the intersection to see the signal. Often cars will proceed past the signal, stop, and depend on cars behind to sound their horns when the signal has changed to red-yellow (which precedes green by about a second). Expect cars behind you to sound horns as soon as the signal changes. It is both a signal that you can now proceed, and an indication of displeasure that you have not already done so.

In fact, many drivers will sound their horns whenever you do something that they don’t want you to do, such as be in front of them, or exist at all. They want you to do exactly what is best for them, rather than what is best for you. As it is impossible for you to do exactly what all the other drivers on the road would like you to do (except vanish entirely from the highway, if not the cosmos), you can usually just ignore their honking. Don’t let it affect you emotionally. It’s reflexive, part of the highway ecology, like birdsong in a forest, or frogs croaking in a swamp. It gives “texture” to your Turkish driving experience, but is of little importance.

You must take special care in traffic roundabouts (traffic circles, rotaries) because the rules are different in Turkey. More…

You will encounter police traffic stops on every long drive. Teams of traffic police set up highway checkpoints marked by traffic cones, signs, and a blue-and-white police cruiser car. Traffic will be guided by the cones through one lane.

Officers will indicate if they want you to stop for inspection of your vehicle, its registration, your driver’s license and identification (citizenship card or passport).

They usually ignore drivers in newer cars and concentrate on trucks, buses and older vehicles of questionable mechanical aptitude.

If an officer doesn’t look intently at your or signal with his/her hands, you can continue slowly through the checkpoint. 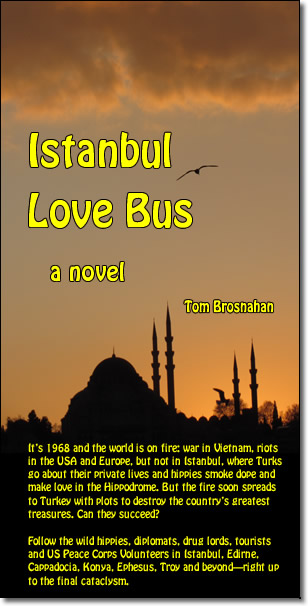